Predictions for the Winners of the Academy Awards for 2011 Films 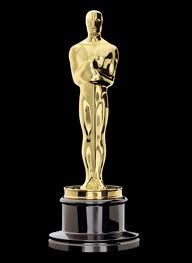 On Feb. 19th I’m (Ken Burke) doing a presentation for the Mills College Alumnae Association to discuss predictions for the upcoming 84th Academy Awards, to be presented on Feb. 26 for 2011 films.  In anticipation of the meeting with the Alums I’m going to stick my neck out a few days early and offer my thoughts on the anticipated winners and my personal preferences for 8 major categories of the 24 to be decided.  Before the awards broadcast on Feb. 26th I’ll commit myself on the other categories—some of which will be purely a guess, so I may have no preferences in a couple of areas—because as a non-member of the industry I need a little more time to divine which way the wind is blowing in certain areas, with the understanding that many of the roughly 6,000 voters are actors so who can really predict which way they’ll go for Sound Editing and the like but conversely many other voters are older producers and technicians so they're not easy to predict either; check back later and see how I did (normally I come in about 50-60% right because I over think some of these when I should go for the more obvious options; that’s something I’ve learned about Jeopardy answers a lot of the time as well).  After the awards show is done I’ll update once again with the winners as soon as I get a chance.  Good luck in your office pool and get ready to roll out the red carpet.
Color coding key: red = prediction, green = my preference of the nominees (plus a few other greenies that are my real preferences but that didn’t make the finals), red + green = prediction and preference, gold + bold at a later date = winner
I’ll also note in purple the predictions of my so-far silent partner, Pat Craig (we’re sort of like the Lew Wolff and John Fisher of the Oakland A’s relative to public presence—and if you have to ask what that’s all about just consider yourself lucky that you don’t know—but, believe me, I take no pleasure in comparing myself to Lew Wolfe), whose real job has so far precluded other contributions to this blog, but I’m hopeful that will change in coming weeks.

(Feb. 27  I'll update this posting with the names of the winners in each of the categories.  Overall I got 15 of 24 correct, 63%, and Pat and I each got 6 of the 8 main categories that we predicted [not the same predictions but still 6 of 8 for each of us].) 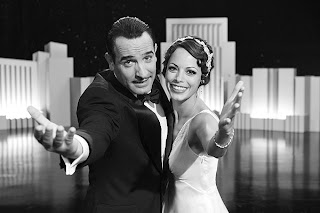 BEST MOTION PICTURE OF THE YEAR


The Artist (The Weinstein Co.)  Thomas Langmann, Producer     Pat predicts and prefers this one also for its outstanding “movieness.”   WINNER!
The Descendants (Fox Searchlight)  Jim Burke, Alexander Payne and Jim Taylor, Producers
Extremely Loud & Incredibly Close (Warner Bros.)  Scott Rudin, Producer
The Help (Touchstone)  Brunson Green, Chris Columbus and Michael Barnathan, Producers
Hugo (Paramount)  Graham King and Martin Scorsese, Producers
Midnight in Paris (Sony Pictures Classics)  Letty Aronson and Stephen Tenenbaum, Producers
Moneyball (Sony Pictures)  Michael De Luca, Rachael Horovitz and Brad Pitt, Producers
The Tree of Life (Fox Searchlight)  Sarah Green, Bill Pohland, Dede Gardner and Grant Hill, Producers
War Horse (Touchstone)  Steven Spielberg and Kathleen Kennedy, Producers
I prefer Melancholia here but it’s too far off the beaten path to even have been nominated.  I have no problems with The Artist, though, a marvelous silent black and white challenge to contemporary conventions.  My Top 10 (in order) for the year are Melancholia, The Artist, Shame, Take Shelter, The Tree of Life, A Separation, Extremely Loud & Incredibly Close, The Girl with the Dragon Tattoo, Midnight in Paris, and Hugo, so you can see that I’m only in about 50% agreement with the Best Picture nominees anyway. 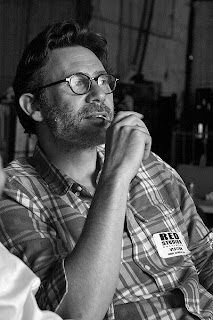 
Michel Hazanavicius - The Artist   WINNER!
Alexander Payne - The Descendants
Martin Scorsese - Hugo
Woody Allen - Midnight in Paris
Terrence Malick - The Tree of Life
I prefer Lars von Trier for Melancholia but would be glad to see another non-American, Hazanavicius, take the Directing prize for his brilliant structuring of The Artist; Pat agrees on this one as well for preference and prediction. 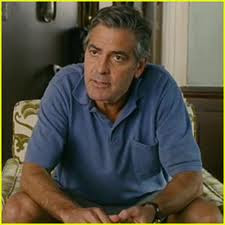 PERFORMANCE BY AN ACTOR IN A LEADING ROLE


Demián Bichir - A Better Life
George Clooney - The Descendants
Jean Dujardin - The Artist   WINNER!
Gary Oldman - Tinker Tailor Soldier Spy
Brad Pitt - Moneyball
I’d like to have seen nominations for Michael Fassbender in Shame and Michael Shannon in Take Shelter (replacing Bichir and Pitt).  I’d say Clooney should have this one in the bag but Oldman was superb as always.  Pat’s going against the grain on this one and predicting Pitt, along with preferring him.  (This one turned out to the case where we were both wrong, but we both accept that Dujardin was a pleasure to watch.) 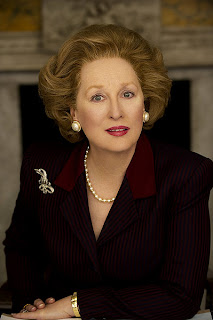 PERFORMANCE BY AN ACTRESS IN A LEADING ROLE


Glenn Close - Albert Nobbs
Viola Davis - The Help
Rooney Mara - The Girl with the Dragon Tattoo
Meryl Streep - The Iron Lady   WINNER!
Michelle Williams - My Week with Marilyn
I have no complaints with these extraordinary nominees (although Kirsten Dunst was impressive in Melancholia) and I find it terribly hard to choose between Streep and Davis (maybe they could tie like in 1968 with Katharine Hepburn in The Lion in Winter and Barbra Streisand in Funny Girl), but if I have to pick one I think that Streep was outstanding, just like she always is.  Pat agrees with the prediction of Streep but much as he respects her he would prefer Close. 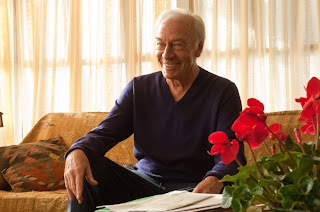 PERFORMANCE BY AN ACTOR IN A SUPPORTING ROLE


Kenneth Branagh - My Week with Marilyn
Jonah Hill - Moneyball
Nick Nolte - Warrior
Christopher Plummer - Beginners   WINNER!
Max von Sydow - Extremely Loud & Incredibly Close
I’m among the many who thought that Albert Brooks possibly belongs in this group (maybe in place of Nolte, but I didn’t see Warrior so that leaves me with a choice between Brooks and Hill; the more I think about Hill in Moneyball the more I have to say he surpassed what I expected, so OK for his nomination), but Plummer well deserves to win (despite my sentimental attachment to von Sydow I just don't see Oscars for silent actors this year).  Presciently, Pat predicts/prefers Plummer (how’s that for alienating alliteration?). 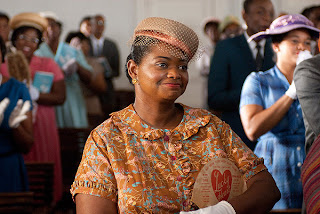 PERFORMANCE BY AN ACTRESS IN A SUPPORTING ROLE


Berenice Bejo - The Artist
Jessica Chastain - The Help
Melissa McCarthy - Bridesmaids
Janet McTeer - Albert Nobbs
Octavia Spencer - The Help   WINNER!
No one was left out that bothers me that much (although Shailene Woodley was terrific in The Descendents) and all of them deserve this level of respect for their roles, but for me it’s all Spencer.  Pat’s going with McCarthy on this one for prediction and preference. 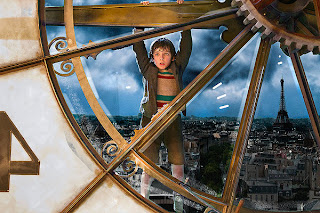 
Alexander Payne, Nat Faxon and Jim Rash - The Descendants   WINNER!
John Logan - Hugo
George Clooney, Grant Heslov and Beau Willimon - The Ides of March
Steven Zaillian, Aaron Sorkin and Stan Chervin - Moneyball
Bridget O'Connor and Peter Straughan - Tinker Tailor Soldier Spy
I’d like to have seen either The Girl with the Dragon Tattoo or The Help in this mix rather than Tinker Tailor because I don’t think that any film that’s so hard to follow upon first viewing deserves a script prize or even consideration (obviously there are many who don’t find this script so oblique as I do).  I have a feeling that Academy sentiment may play in favor of Hugo here because despite its many nominations I don’t see too many wins so this may be the place where a little honor is given to Scorsese’s film as a sentimental favorite, but in my opinion anyone who could take the sabermetrics hocus-pocus of the Moneyball book and make it into an understandable, dramatic, entertaining film about my beloved Oakland A’s should be the winner hands down.  In much calmer, clearer fashion Pat predicts and prefers The Descendants (despite his equal A’s fandom) and it wouldn't surprise me a bit if he's right. 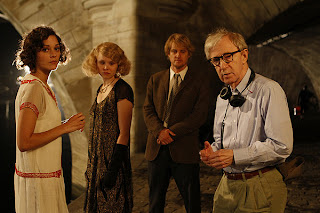 
Michel Hazanavicius - The Artist
Annie Mumolo and Kristen Wiig - Bridesmaids
J.C. Chandor - Margin Call
Woody Allen - Midnight in Paris   WINNER!
Asghar Farhadi - A Separation
For this category I’d trade in Margin Call for either Shame or Young Adult, but I really have no serious arguments here.  The more I think about what I experienced with A Separation the more I respect the concept and its intricate, Renoir-like flawed humanism, but as with Hugo I think the Academy is looking for someplace to honor Woody Allen as they often do so this is the most likely category.  Pat’s preference leans towards Bridesmaids but his accepting prediction is for Midnight in Paris (and we could both be wrong if The Artist really picks up steam rather than just taking a couple of the top awards as we’re predicting).

Reader alert! In my attempt to use space most efficiently for the remaining listing of categories I've worked within the limitation of Google Blogspot as best I can (sorry, overlords, but this device has severe formatting restrictions) which require me to construct columns by hand with the space bar.  I finally got it to look decent in Safari but I notice it's messier than usual in the right column for those of you browsing on Firefox or Explorer, although I think you can still make sense of what's listed where.  Sorry for the slop, but what looks fine through one system is a bit out of balance on the others.  OK, now that I've absolved myself to my fellow obsessive-compulsives I encourage you to read on to the non-illustrated contenders.

(Even more so than with Spielberg I think the voters are looking for Scorsese categories to honor, with these two as likely contenders.  If not, then maybe this would be the one area where recognition would be given to David Fincher's adaptation of the The Girl with the Dragon Tattoo.)
ORIGINAL SCORE
Ludovic Bource - The Artist   WINNER!
Alberto Iglesias - Tinker Tailor Soldier Spy
Howard Shore – Hugo
John Williams - The Adventures of Tintin
John Williams - War Horse

(See a separate posting on 2/22/12 [Happy Ash Wednesday!] on the short films.  Hugo may shine in visual effects also, but I also pondered if voters will want to give some recognition to the massive worldwide success of the Potter franchise just as they did years ago with loading up awards on the final installment of Lord of the Rings and finally decided to go with the masterful motion capture and computer work in Rise of the Planet of the Apes.)
We encourage you to look over our home page (ABOUT THE BLOG), found as the first one in our December 2011 postings, to get more information on what we’re doing and why we’re doing it.  You’ll also see our general Spoiler Alert warning that reminds you we’ll be discussing whatever plot details are needed for our comments so please be aware of this when reading any of our reviews and be aware of our formatting forewarning about inconsistencies among web browser software which we do our best to correct but may still cause some visual problems beyond our control.

Please note that to Post a Comment you need to either have a Google account (which you can easily get at https://accounts.google.com/NewAccount if you need to sign up) or other sign-in identification from the pull-down menu below before you preview or post.
Posted by Ken Burke; Pat Craig at 4:52 PM